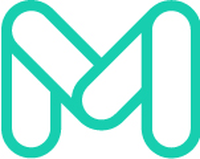 +1
In Progress
Moonfruit 5 years ago

This is being worked on now. Hopefully we can confirm an approximate release date soon :)

Any news on a release date?

The navbar updates are still being tested at the moment. I'll be able to give you an update tomorrow depending on how that goes. Here is a very quick video of the logo and subpages. Recording #27.mp4

After we release these changes, there will still be a lot of work to do for the navbar. We will need to give you more styling options and customisation ability, but you will be able to add an image logo and the navbar will pull your subpages from the page organiser - so the main functionality will be improved.

We will be relying on your feedback to find out what updates we should make to the navbar next. We have some ideas of what we'd like to do but it will be great to hear from you so we can prioritise the nav features that you need most.

Thats great, thanks for the update!

I was about to say the next most important function after sub pages (for me) would be the ability to change static/hover text colour - as it helps the site look more professional and reassurance that links actually work - but I can see from the video that's already there!

Is there a rough timescale as to when we can expect to use the feature? Days, weeks, months...? I'm only asking so I can give clients a realistic timescale !

Thanks so much for your time

You're welcome! I'm glad the video was of some use. I wanted to reassure you that we are nearly there, as I know the navbar work has been delayed a lot and I'm sorry for that.

I am quite confident that we may be able to release this next week. Obviously we need to wait until it is fully tested to definitely know, so I will have to keep you updated. Like I said, the styling options will still be relatively basic, so we will need to do more work to improve that after this release too.

I'm really sorry to say that we are having to delay the release of this feature a little more. Our development team are having to refactor parts of the navbar work we have been doing to improve the logic behind it and to ensure we minimise potential complications when we want to do more work to it in the future.

I know that this will be frustrating for you (it is for us too). I will do my best to update you tomorrow as I don't yet know how much longer it may take to complete these changes. Of course I'll be pushing to make it available as soon as we can :)

The revised work I mentioned included adding a page organiser/manager to responsive pages (so you won't have to keep going back to the old editor to add new pages etc) - the work for this should be completed early next week and then there will be another week or so getting the enhanced nav bar to link to this. So I expect the nav work to be released within the first week of March. Sorry again for the delay!

A quick update. There has been some more work to do on the new page organiser following testing which is being done at the moment. We want to release that this week if all goes well and then the extra work needed on the nav bar should follow. Again, I know it is frustrating. We are a small team of less than 30 people altogether and we are trying hard to bring you some of these core features. I must sound like a broken record on this one but I'm afraid there's really not much I can do to speed this up at the moment!

I am also waiting for this to be implemented

We were finally able to start work on the navbar again yesterday. The developer working on this predicts that it will take around a week to be ready. I'll keep you updated on this and will try to post a video of progress again in a couple of days to give you an insight into how it will work.

Is there any news on when this will be possible, or is this bundled in with the page draft and logo release?

Hi, the same delay has affected this work.

As an update for anyone who is not following the other thread:

The work for the navbar has taken on some extra scope. Due to the nature of how saving changes to the navbar will work, we are also having to create a new save and publish functionality. This will basically create a draft mode for responsive pages, so you can save changes to your site in edit mode but they won't be made publicly visible until you publish the changes.

This may seem unrelated to sub-pages in the navbar itself, but it affects how new pages are added to the nav bar and how that change is saved. Hopefully this new draft feature will be useful to a lot of users too, though! . We are likely to have to release the navbar work in parts.

Please - we really need to get sub pages to show on our site -85% of users look to the top navigation - why is this not a primary (excuse pun) function for you to get developed?

Is there any news on sub-pages yet?

This needs to happen asap. As well as hover-over state/ showing which page you are currently on state. Any ideas on timescale? I see this thread has been going for about 9 months. This is really worrying. I am stating to build new customer's site on responsive and rebuild existing customer's site on responsive and so far it has been so disappointing that if I get any more customers I'm going to have to go to squarespace or wix.

I really need to add sub pages!  I cannot continue to use moonfruit if this is not made available. My wife suggested maybe moonfruit hadn't developed the function yet but that seems absurd since having sub pages is such a crucial part of a website. Please advise!

We hope to be able to resume the work to enable the display of subpages in the navbar this week. We know how important it is, and now we are in the place where we can finally deliver this feature for you. We are treating it with very high priority and I will let you know when when we expect to release it once the development work has been done. Thanks.

I wouldn't hold your breath on the sub pages. Moonfruit promised them last january and I built my pages in readiness and.....nothng ! Some of the other web builders have some great features like galleries and various transitions etc. I don't know why moon fruit are so far behind the times

Do you have an honest view on when you will be delivering this functionality.  I'm refreshing my site, but without this, I cannot publish as it's such a rudimentary feature to be missing.

Any news on this please?

Update please? Three weeks since the latest update from Moonfruit ...

I am wondering if there is just one part-time employee at Moonfruit who is working on the development of the Responsive Editor. That may sound mean, but I'm honestly concerned about the viability of this program. Progress is excruciatingly slow. This thread is a perfect example. I started this request 10 months ago, and it still hasn't been completed even though multiple MF responses have led us to believe that it would happen soon. There are so many features that need to be added, and there are quite a few bugs as well that pop up from time to time. One MF service agent suggested I cancel my account because I keep raising issues (I'm a reseller with 20 sites). There are some good people at MF who have helped me here and there, but I must say that it is becoming more and more difficult to be a faithful customer when basic design needs are not met. I think MF would do everyone a big favor if they published a "state of the editor" letter that provided us with a realistic timeline on when features would be added, instead of this hodgepodge forum that provides no direction and very few honest answers.

Sorry for my last post. I am simply frustrated. I'll behave.

Agree wholeheartedly with @daverthal1. One MF employee in particular has been very helpful and responsive when I have contacted her directly but progress is appallingly slow and more than that, it's the fact that MF's own estimated dates for delivery are constantly missed that I find most frustrating.  I work as a consultant and if I constantly failed to deliver to my clients off the way I feel MF has over the last year then I wouldn't have any clients left....

Hi all. There were some delays during the testing of this feature however we are on track to release by the end of next week. This release will also include additional navbar customisation options. We'll be sure to post next week as soon as we have an update.

Any update as 'promised'?

Hi , please update us on this. Your last post was 3 weeks ago and the timings have come and gone, thanks in advance

Unfortunately some issues were discovered during testing of the navbar work. These issues have now been resolved and the navbar improvements should be ready for release at the beginning of next week.

thanks for the update, have a nice weekend

Hi all, This feature has now been released. Attached release notes and guide: http://help.moonfruit.com/announcements/responsive-pages/release-291117

Thanks again for your patience with this one. As always, if you have any feedback please let us know.

THANKYOU (!)  very much,  that's great news and all seems to be working well. Wishing you a lovely weekend, D